Use of School Library and Students' Satisfaction in two Secondary Schools in Minna, Niger State. 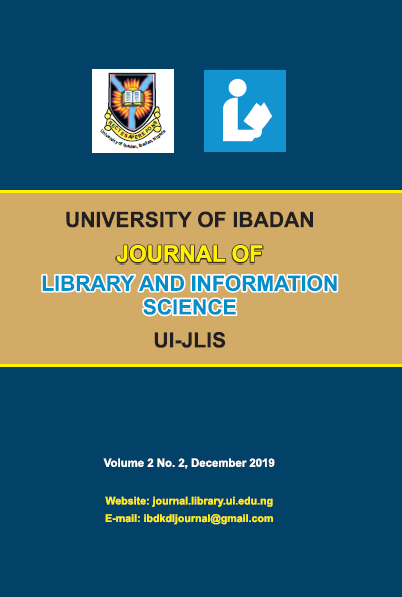 This study investigated the use of school libraries and students' satisfaction in two secondary schools in Minna, Niger State. A survey research design was adopted for the study. The total population for the study was three thousand nine hundred and seventy-two (3,972) and a sample size of three hundred and fifty (350) was selected for the study. The questionnaire was used as the instrument for data collection. The study revealed that the majority of the respondents mainly use the school libraries
to do assignments and read personal books. The study equally revealed that most of the materials such as dictionaries, children's Britannica, textbooks on science, languages and commercial subjects, poetry books, story books, novels, and government documents were available in the libraries. On the other hand, resources such as pamphlets, maps and atlases, encyclopedia Britannica, yearbooks, magazines, newspapers, and audio-visual resources were not available in
the School Libraries studied. A low level of satisfaction with the library services and use was revealed. The study, therefore, recommended among others that the students should be encouraged to borrow library resources and visit the library frequently in order to increase their level of library use and satisfaction